THE JURY SAID,” RESEARCHERS CAN CHANGE THE DNA OF ANIMALS, PLANTS AND MICROORGANISMS WITH EXTREMELY HIGH PRECISION.”

IN THE HISTORY OF THE NOBEL AWARDS THIS IS FOR THE FIRST TIME THAT THE NOBEL SCIENCE AWARD HAS GONE TO A WOMEN-ONLY TEAM. NOW THE WOMEN TALLY OF THE NOBEL PRIZE FOR CHEMISTRY HAS BECOME SEVEN.

Charpentier and Doudna were awarded the Nobel Prize for Chemistry for the development of a method for genome editing. The technique is known as the CRISPR-Cas9 DNA snipping “scissors”.

Charpentier while working on one of the most pathogenic bacteria to humanity Streptococcus pyogenes, she discovered an unidentified molecule, tracrRNA. In her work, she revealed that tracrRNA is apart of bacteria’s ancient immune system, CRISPR-Cas, that disarm virus by breaking their DNA. So Charpentier teamed up with Doudna and together they created the bacteria’s genetic scissors. Though in their natural condition the scissors recognise the DNA from virus, the duo proved that it could be controlled and can cut any DNA molecule at a predetermined site and we can easily rewrite the code. In 2018, a Chinese biophysics researcher He Jiankui used CRISPR to create what he called the first gene-edited humans. 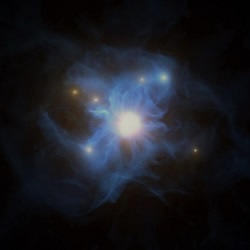