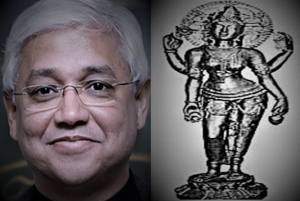 Amitav Gosh is the 54th winner of Bhartiya Jnanpith Award and first English Writer to be awarded.

A graduate from St. Stephens and Delhi School of Economics was born on July 11, 1956 in a Bengali Family. He did his schooling from The Doon School in Dehradun. His contemporaries at the school were novelist Vikram Seth and historian Ram Chandra Guha.

Gosh did his D.Phil in Social Anthropology at St.Edward Hall Oxford through scholarship Inlaks foundation under the guidance of Peter Lienhardt.

As a fellow he has been at the Centre for Studies in Social Sciences at Kolkata and Centre for Develpoment Studies at Thiruvananthapuram. He joined Queens College New York as a faculty of Comparative Literature. He has been a visting faculty of English at Harvard University. In 2007 he was awarded india’s third highest citizen award the Padma Shri.Elected as fellow of the Royal Society of Literature in 2009 and in 2015 for Ford Foundation as fellow of change.

1986-The Circle Of Reason.His debut novel.

1998-Dancing in Cambodia and at large in Burma.

2016-The Great derangement: Climate Change and the Unthinkable.